You cannot escape The Shadow 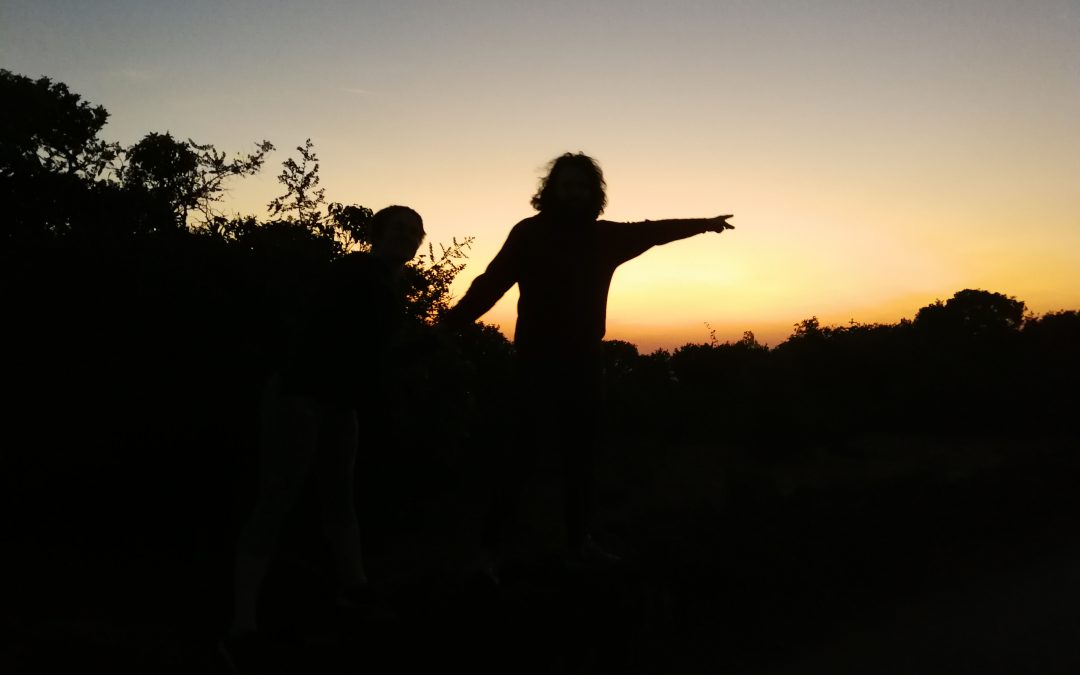 It’s almost the end of the rainy season in Guatemala. Almost! Many people are at the end of their tether and feeling rather hard done by as victims of the greater powers. That was, indeed, the argument of our Internet provider, who swiftly rejected my ruthless negotiations for a discount, following a month of irritating malfunctioning apparently caused by heavy rainfall. Never-mind. I still have food on my plate. However, I have been experiencing something similar to the European January Blues, a strange feeling of foreboding caused by the grim weather that invited some shadowy parts of me. It seems as if the Devil himself decided to throw a raucous party with the VIP guests from the darkest caverns of my psyche getting preferential treatment. I am very naive! For some strange reason I thought I could escape melancholy through an ignorant quest for a never-ending summer. We all know that light and shadow are intertwined, but somehow the little brat inside of us wants to have his cake and eat it. Yes, all of us would have loved to grow into the best versions of ourselves as long as it involves quick fixes and a constant upward trajectory. God forbid admitting what we most profoundly dislike about ourselves. No folks, you cannot escape The Shadow, it will always pop up when you least expect it and put you in your place, just to make sure you know your rank in the hierarchy of all sentient beings. As it turns out, engaging with the darkest parts of our psyche is the remedy that sheds the most light on our half-examined lives.

The Shadow was introduced into psychology by Carl Jung, the founder of Analytical Psychology. Jung was a student of Freud and eventually got fed up with the psychoanalytic obsession with unconscious instincts as the main factors running the show. Jung believed that the unconscious was not just a depository of unwanted primitive instincts, but also a powerful reservoir of forces that supported individuation and the maturation of the soul. He introduced the idea of archetypes – universal patterns that represent the essence of human nature. Some of these are The Hero, The Magician, The Caregiver, The Innocent or The Artist. Archetypes express something universal about human experience and provide models that guide us through the thick and thin of life. For instance, each and every one of us is on a metaphorical journey through life. The Hero archetype embodies our struggles, our hopes and dreams, helping us to make meaning of the difficulties we go through. The Hero leaves their homeland to embark on a specific quest and gets challenged by villains, monsters or dragons that test his abilities. After numerous moments of despair and triumph, she eventually comes back to her homeland, wiser and stronger. That is somewhat similar to pushing through a big project, deciding to change jobs or facing the hopelessness of grief. Therefore, archetypes point to the important tasks of life that are necessary to fully blossom into complete versions of ourselves.

The Shadow is also an archetypal pattern and contains all of our repressed or disowned traits. Anything that seems threatening will be dumped in The Shadow. It doesn’t just consist of the things you don’t like about yourself. Equally, these may include some positive parts of you. For instance, there are many people working in international development who beam with altruism. However, they sometimes carry a sense of not being good enough because helping others doesn’t fulfill the particular expectations of their family culture. Thus, The Shadow isn’t just doom and gloom but also contains the seeds of creativity!

Let me spell out that everyone has a Shadow. The less you are willing to admit it, the greater, the denser, the heavier your Shadow. We are simply selectively unconscious and we disown parts of ourselves as a result of social conditioning. For example, we were all taught to take turns when playing games and our teachers insisted that we stood in the line while waiting for that yummy chocolate cake at lunchtime. This way greed got repressed and relegated to The Shadow. Once we grow up, we do not want to think of ourselves as greedy, jealous or bad. That is how The Shadow gets formed.

“The shadow is a moral problem that challenges the whole ego-personality, for no one can become conscious of the shadow without considerable moral effort. To become conscious of it involves recognizing the dark aspects of the personality as present and real. This act is the essential condition for any kind of self-knowledge.”

You cannot get rid of your Shadow. Even more, if you deny the existence of it, you are repressing a big chunk of yourself. You are inadvertently making your Shadow darker and denser, just like a strong Italian espresso.

There are a few clues that indicate that there is some Shadow material bubbling up to the surface of your psyche (feel free to use it as a checklist):

Where do we go from here? If it is impossible to eliminate The Shadow how do we live a soulful life? I suggest thinking about psychological work in similar terms to organic agriculture. Nothing gets wasted, everything gets recycled. At the core of it there has to be a strong desire for awareness. Shadow work is about gradually increasing your self-knowledge and shading light into the disowned parts of yourself. This is not for the faint-hearted as it will involve feelings of shame, guilt and strong resistance. I mean who wants to readily put their hand up and own up to their shortcomings…? Then again, The Shadow itself wants to be reintegrated, it is a self-correcting mechanism. That’s why it gets projected onto others, that’s why you see your biggest flaws in others so that you get a chance to get in touch with what you habitually repress.

Feel free to ponder the following:

What judgements do I cast on others?

What do I repress in myself?

What do I dislike in others that I may be guilty of myself?

The final aim is not become a saint but to allow all elements of your psyche to be expressed in a conscious way. This very week I had an argument with a dear friend, accusing them of not expressing their needs clearly. As it turns out, I can be often pretty vague about what I want and need, especially in groups. I must own it, otherwise I am a hypocrite! Rather than pointing out other people’s inadequacies, I had better concentrate on myself and let others work out their Shadow parts on their own.