The power of response 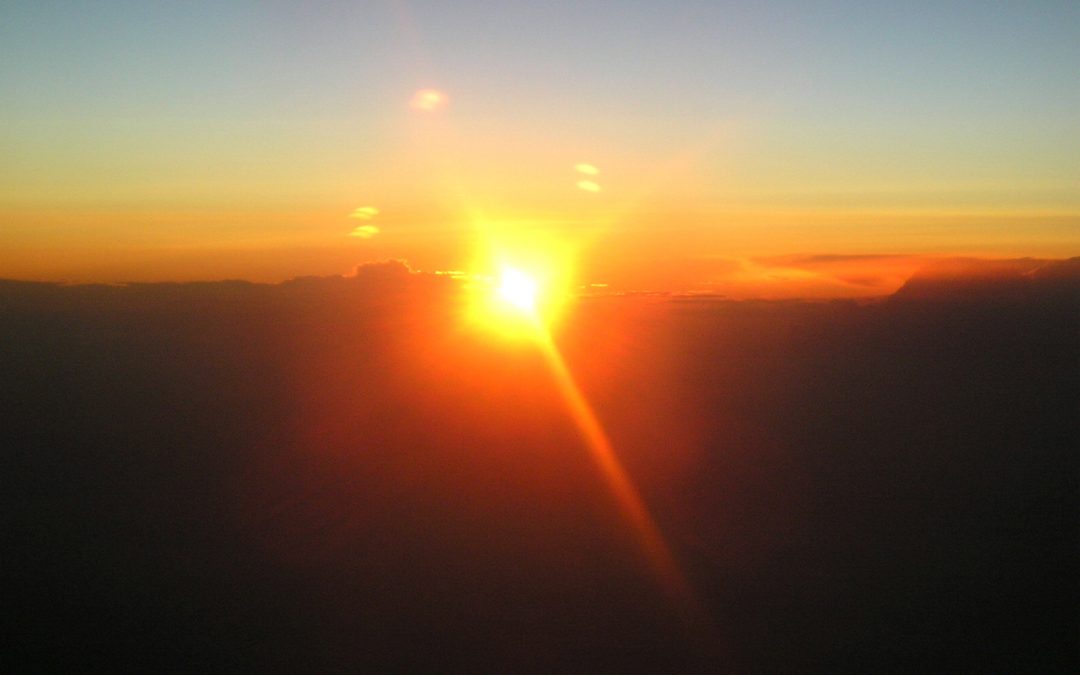 We have all seen a child throwing a tantrum at one point or another. We may have noticed the embarrassed parent, the demanding kid, our possible discomfort and perhaps pity or compassion of some bystanders. Recently, as I was leaving the swimming pool, I happened to be a spectator of a dreadful scene. My body was exhausted and craving the comfort of inaction when a young girl screamed at the top of her voice “Daddy, listen, daddy listen, please!” She was using all available communication tools to be noticed. The father seemed rather troubled and kept asking pointlessly “What do you want, what do you want?!?” Eventually, he reached for his mobile to speak to his wife. He handed the phone to his supposedly loved child and with visible relief, he impatiently pleaded “Come on, talk to her, I don’t know how to respond” As a therapist, I was thinking about the girl who clearly wanted to say something, I felt angry at the parent who was clearly unwilling to have a simple chat with his daughter. Well, I might have imagined the whole story behind the scenes, coming across as judgemental, and yet it made me ponder the importance of a well measured human response. 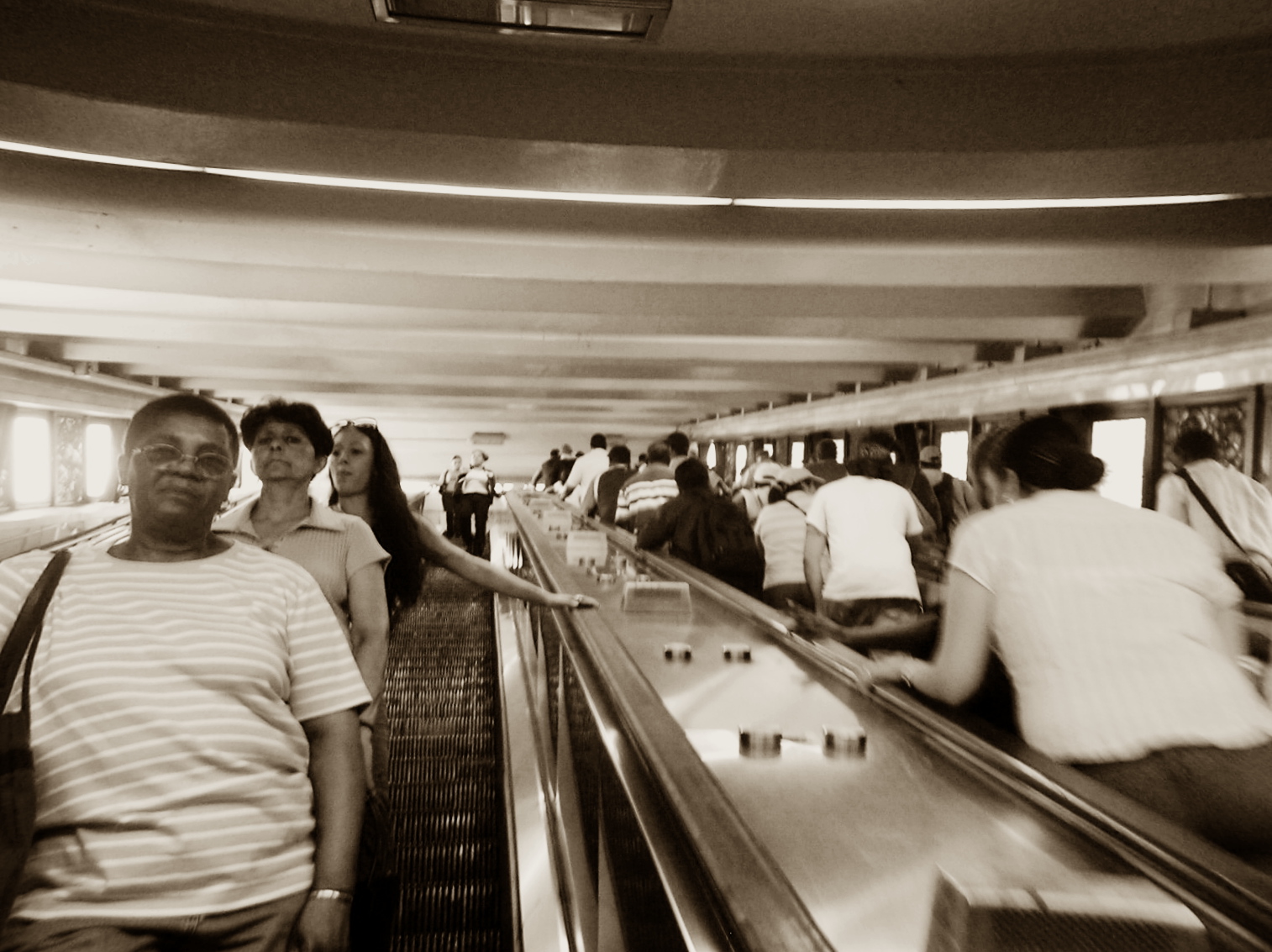 Counsellors respond to deeper feelings, they mirror what is happening under the veneer all sorts of coping mechanisms. Then, having identified the real stuff, therapists hand it back to their clients in a digestible way, bit by bit, so that healing takes place. Coaches respond to complexity, to deep-seated development needs that could otherwise be overlooked. They pick up the untold story of success and make it visible through incisive questioning and metaphors. In any case, responding is different to reacting as exemplified by the dramatic scene in front of the swimming pool. Reactions are automatic, they lack empathy and sadly do not really address the needs of the human beings involved. When we consciously respond, we make a choice to direct the situation towards a positive course of action. Even in email communication we appreciate a little line saying “Yes, that’s great!” rather than the undefined silence of no response. My responsive therapist would also respond via text. When confirming a session I would always get an extra message wishing me well… just to acknowledge my being and give me that little extra bit of reassurance. Invariably, it gave me a boost. 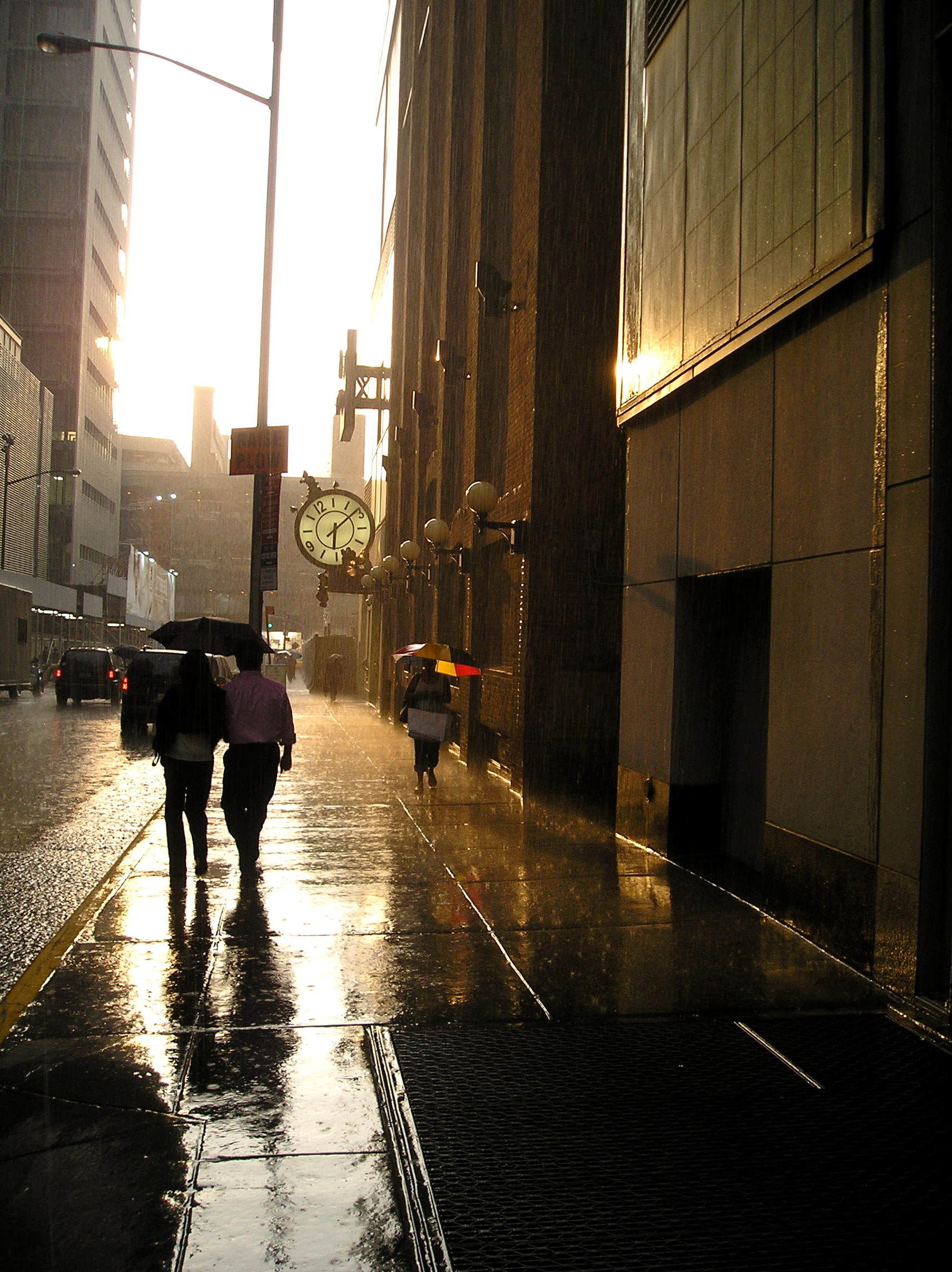 RESPONDING rather than REACTING is crucial to every relationship

You may be asking yourself at this point how to tell the difference between reacting and responding. Is there a way of classifying behaviour that might give us with some rough guidelines? By now, you may realise that the formula of this blog is to ask a question and then find a few ideas that provide some explanation. This post is no different. However, in the delicate matters of your inner landscape, I always invite you to choose what works for you: experience first and big ideas second. Let’s have a look at Susannah Temple’s (2002) model of human functioning. She observed that we can use our psychic energy towards either:

So for instance, when I decide to go the cinema (doing my own thing), I can invite a friend (relating to others). The policeman at the crossing might instruct me (guiding and directing) while my friend might cook a meal for my birthday (looking after people). I can be aware of my behaviours, feelings and thoughts to have some grasp of reality by constructing an account of what is going on. So far so good. However, when we spend energy on behalf of others or ourselves, we can do it in either positive or negative ways. Rather than receiving guidance from a boss, you might be dominated and criticised. Your auntie might offer you another piece of cake like a marshmallow parent and almost shove it down your throat, even though you had four pieces already. Rather than cooperating in choosing a film together, your friend might either resist or comply with every single thing you say. You may spontaneously choose to get some ice cream on holidays or make an irrational and immature decision to establish ice-cream as the staple of your diet. The diagram below shows functional modes (types of behaviours) as described by Susannah Temple. 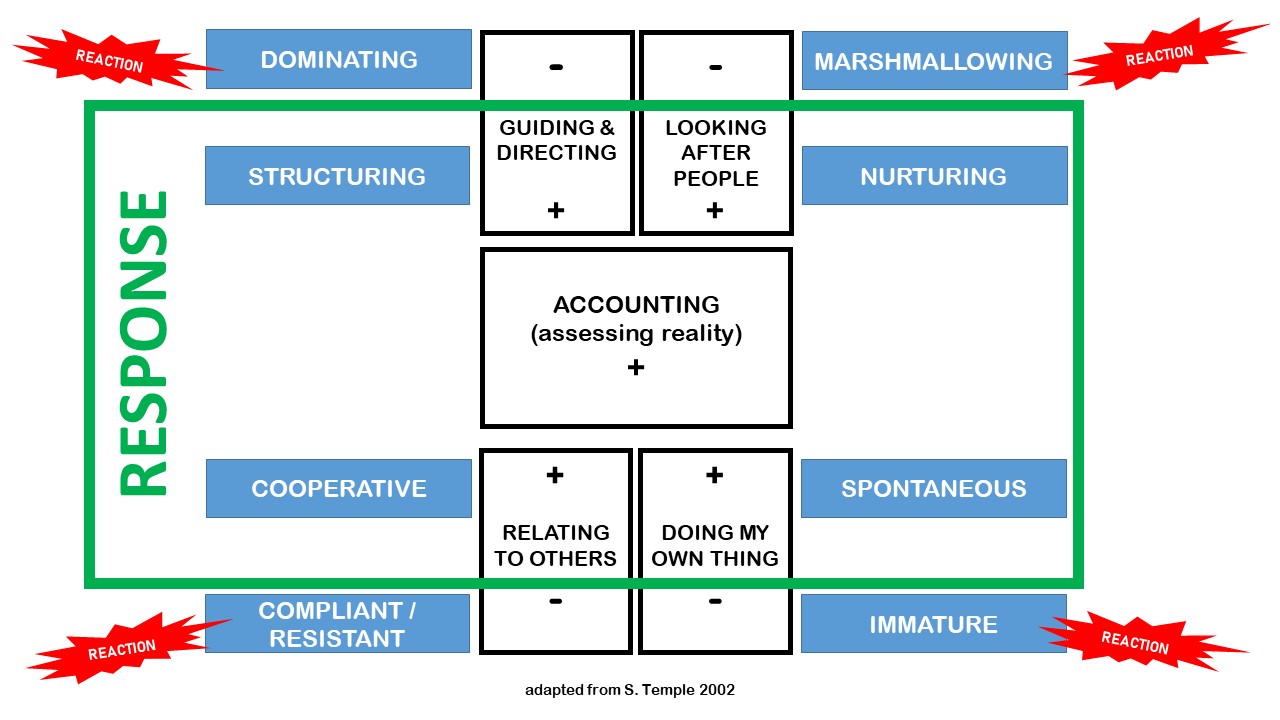 There are five types of behaviours that are classified as positive:

When we operate in these modes, we are responding and offering the best of ourselves. Of course it’s not easy to maintain exemplary standards at all times. We can also display four types of behaviours that are classified as negative:

In a nutshell, when you’re showing red behaviours – you’re reacting; when you’re showing green behaviours – you’re responding. Broadly, speaking you have options, however you may find yourself in situations where you feel compelled to react in a specific way. That has to do with your unconscious patterns, and trust me, they’re tough to crack, whether you’re looking at them as a client, therapist or coach. I would like to leave you with a quote by Victor Frankl, a prominent psychiatrist who, having survived the Holocaust, became a key figure in existential psychotherapy and inspired humanistic psychologists for decades following the war. In his book “A Man’s search for meaning” he states:

“Between stimulus and response there is a space. In that space is our power to choose our response. In our response lies our growth and our freedom.“

I wish you courage, patience and relentless dedication to the choices you make. These choices define who you are. At least temporarily… 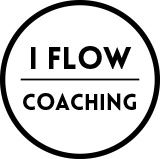