Because I’ve known you… 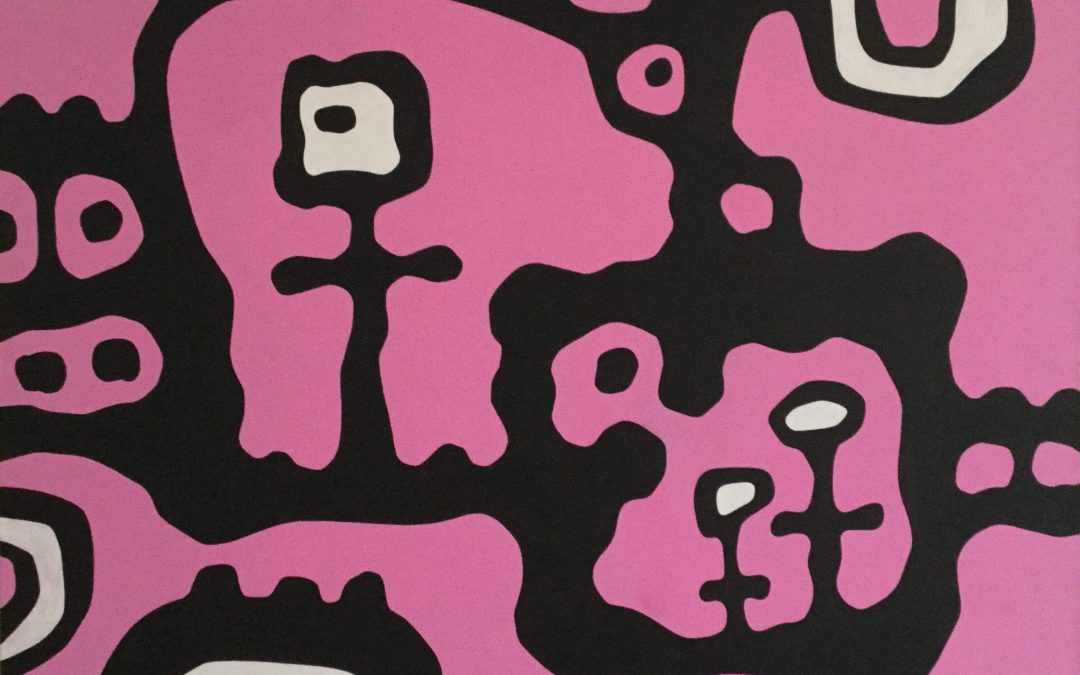 We all get impacted by people around us, whether we want it or not. Some influence us briefly but greatly, while others help us to forge a sense of self over weeks, months, years and decades. I don’t think that coaches or therapists are the only individuals on Earth that are willing or able to impact others profoundly, just to the bone marrow. I am a firm believer in the transformational capacities of all of us. This sounds rather cheesy, a bit like a cheap slogan from a self-help book that we might devour when the world doesn’t make sense to us anymore. And yet, there are people in our lives that can change the course of our personal history forever. For me, Terry was on of them; a Melbourne based Australian teacher and artist. 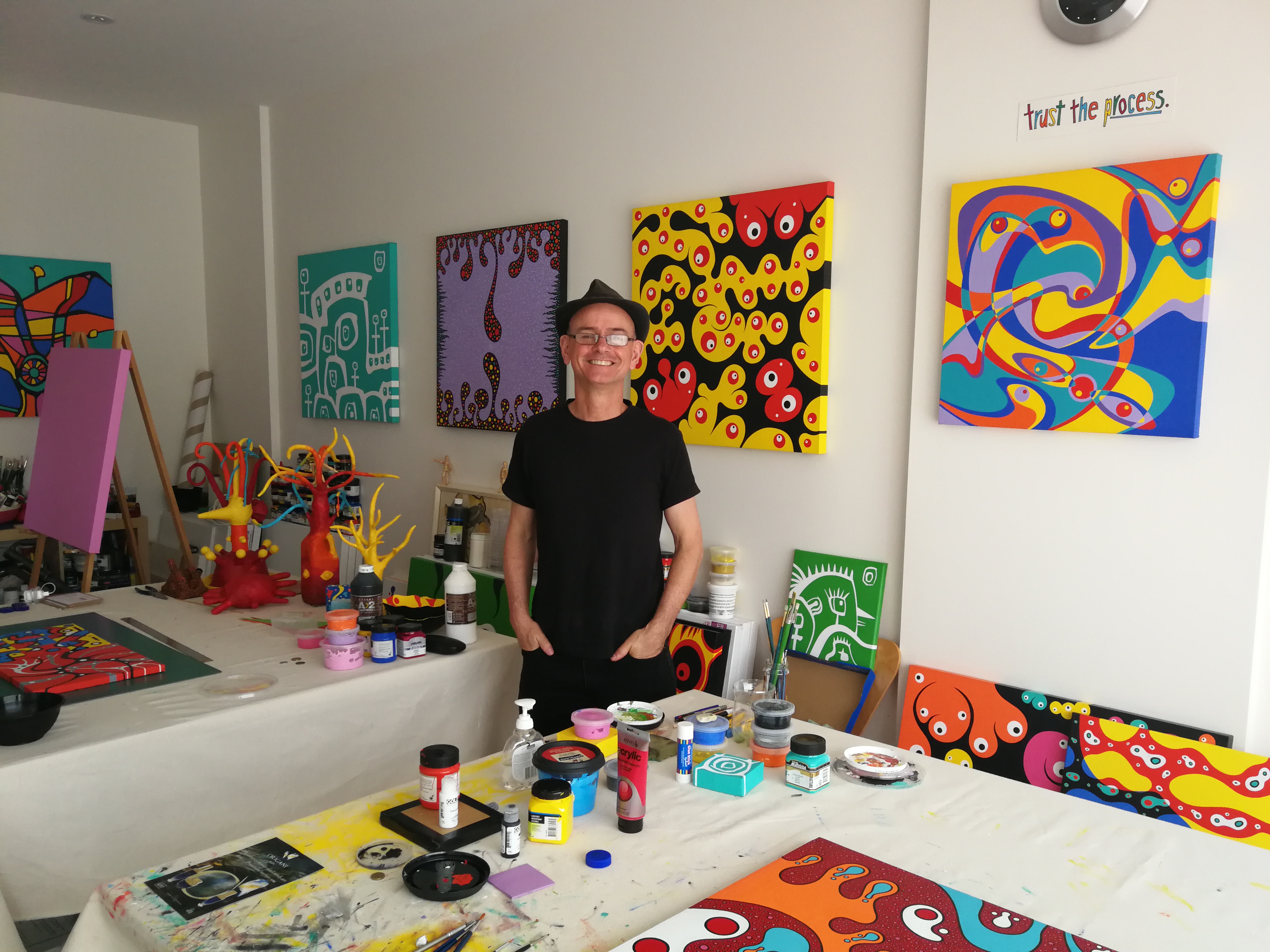 joyful Terry is his creative environment

I’m sitting at Terry’s kitchen table as he is serving yet another cup of tea. He was my boss some nine years ago, just as I made my first steps in the world of special education, dealing with pupils presenting behavioural and emotional difficulties. In simple words, we faced kids that were aggressive, disturbed and disturbing. Anyway, we are reminiscing the old times and we can’t shut up as we delve further into educational psychology and teaching practice.  We are trying to understand some life lessons that we were fortunate enough to live through. We want to unpick what happened in the last nine years through the lens of our shared passion for life. We know we are privileged on many levels. We also acknowledge that education or working in people oriented professions is both a stroke of luck and a curse. We’re lucky because we are aware of what we have gained through education, both as a learner and a teacher. We also know that it’s hard work to show up every day with a fresh mind, ready to facilitate psychological growth in its countless manifestations. One thing is clear, though: we know that humans impact each other in a number of ways, many of which we will never possibly witness. You may be someone else’s boss or an employee, you may say or do things that profoundly touch the hearts of those around you. And yet, you might never know that. 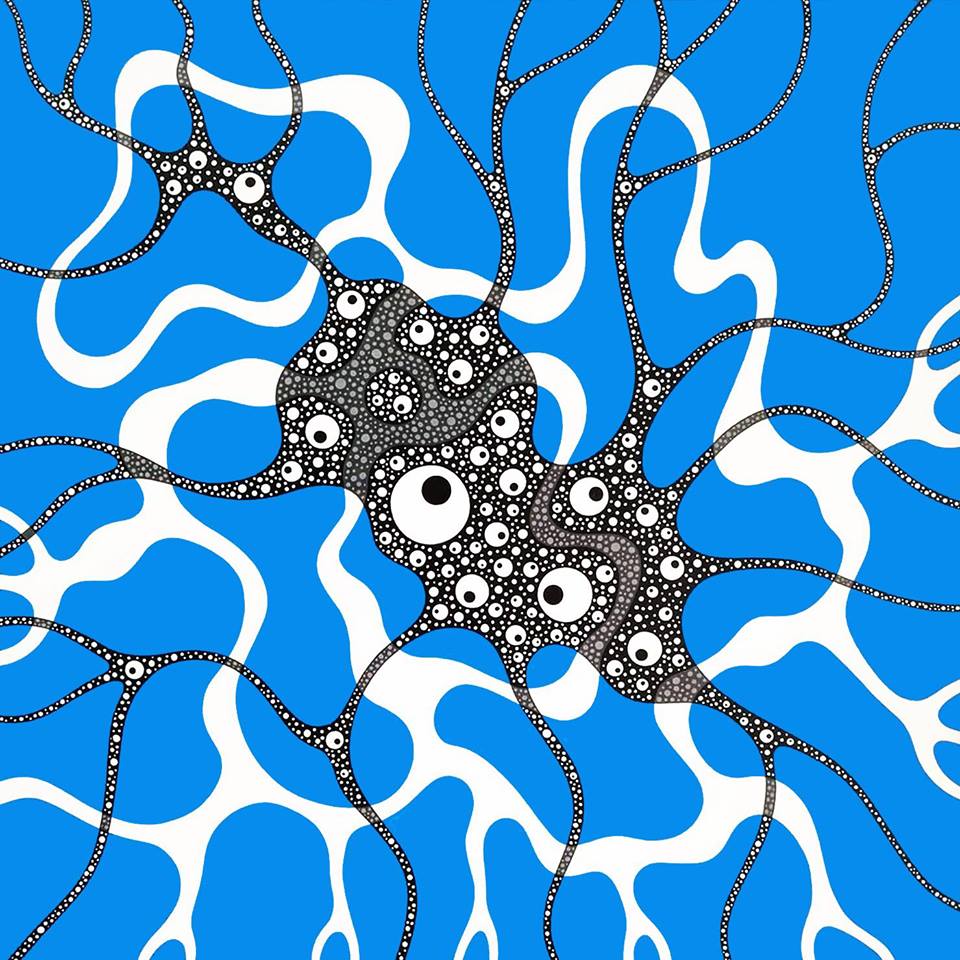 It’s so easy to fall into the trap of believing that we are not significant. At times, we habitually operate on auto-pilot, minding our own business, without this fundamental awareness that as human beings we are deeply interdependent and interconnected. I sometimes work with clients whose sense of self is so fragile that they only see themselves as a spectator of their lives. I find it very tragic that our psyche seems to sway so quickly into these familiar mechanism of self-criticism . Terry sums is it up concisely:

“You can either grow, stagnate or self-destruct.”

When I coach or counsel my clients I like to bring the work to some clear anchors… which means increasing self-awareness, a bit like tracing a map of your inner landscape to find your way home. Have a look at the picture below. Each of these MODES of being will correspond to a particular EXPERIENCE of either suffering, boredom or challenge. 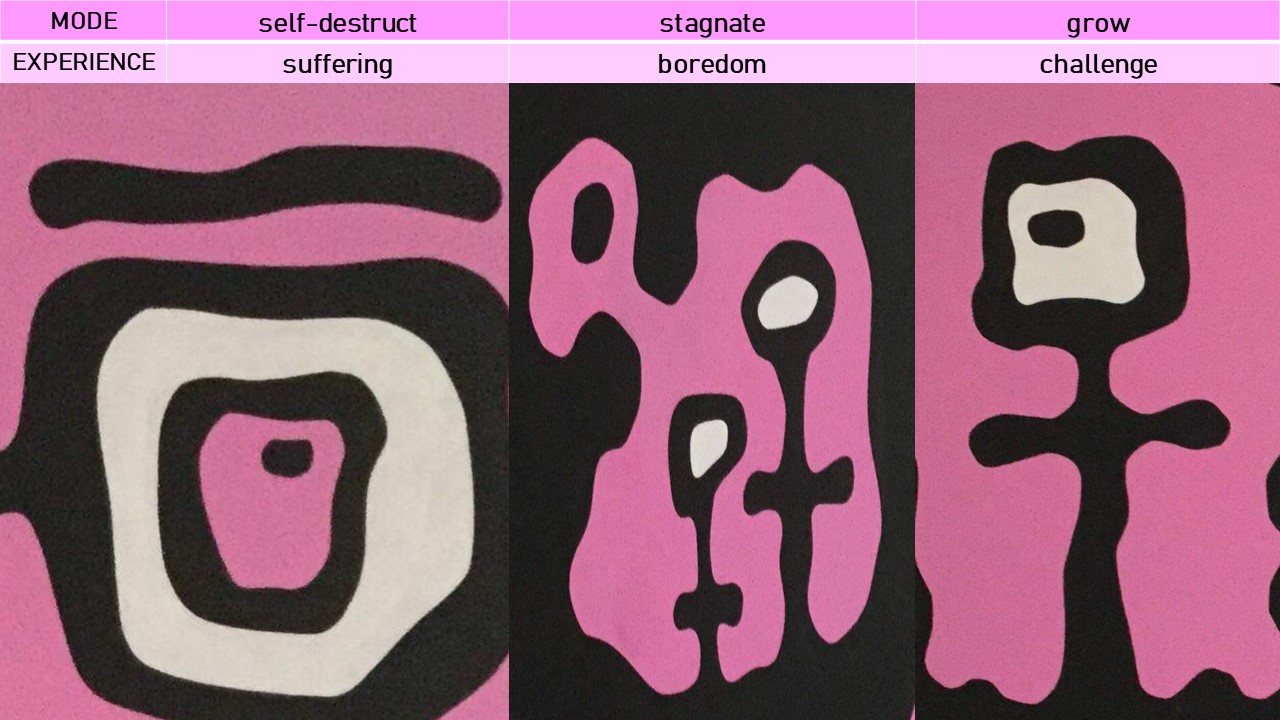 Where do you find yourself on the continuum? (graphics adapted from Terry)

When we suffer we are isolated, like the blob on the left. We do not allow new information in because we want to maintain our familiar world view. We are isolated and disconnected. The experience of boredom is often about comparing ourselves to others: we are feeling either superior or inferior, but we have a sense that real life is happening somewhere else, and certainly not where we are now. We might sometimes feel limited by an imaginary wall as shown in the picture. Our live seems to be going nowhere, we stagnate in the limbo of ‘If onlys’ and ‘I should haves’. The last figure on the right represents the stage when we work out a strong inner core (thick line), a set of values that guide us as we face new challenges in life. We stand tall in the difficulty, we have a sense of dignity and we keep our head high because we believe we are worthy. Equally, we are open, vulnerable and yet resilient. Let me also distinguish pain from suffering. Pain is normal, life is just hard at times. Our society doesn’t like pain, so we do everything to avoid it. When you’re in self-destruction mode, you create suffering by suppressing the pain. Pain tells us what we need, it is deeply human and ideally it awakens our deep sense of compassion towards ourselves and others. Buddhist psychology explains suffering as the story we attach to the pain, the drama, the “Ain’t it awful” attitude of a hard done by victim. You can reduce your suffering by allowing yourself to feel pain. It’s tough but it will make you feel alive. It’s this tiny feeling of relief you have after a good and authentic cry when you lost someone or  when something horrible happened to you. That is one of the ways of being impacted and impacting others. 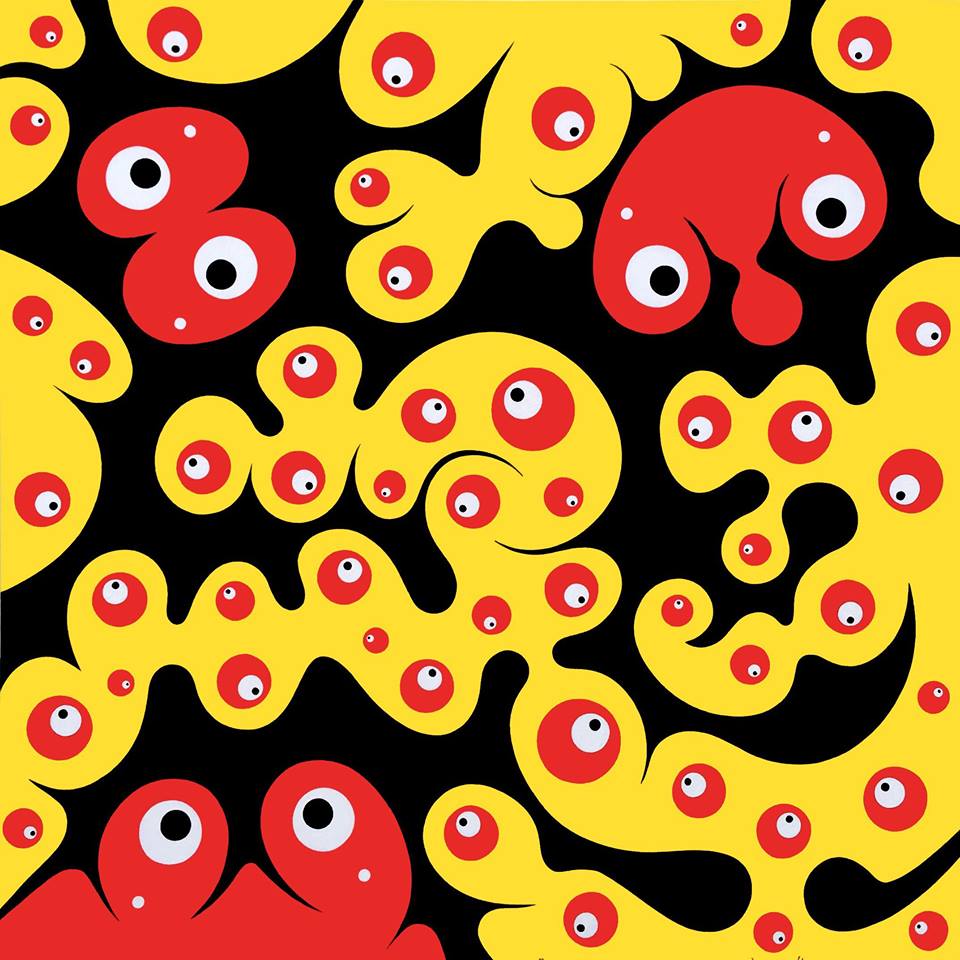 ‘While you were sleeping’ by Terry explores various forms of impact

Finally, impact is not only about inter-personal matters. We can also hold many roles which influence and enrich one another. Terry says that his art has become more cutting edge the moment he started teaching primary aged pupils. There is a cross-fertilisation of ideas resulting in harmony, excitement and awe that I am sure you can see in Terry’s art. You might know me a bit by now, so I’m going to invite you to ponder the following points:

Humans impact each other in fascinating, scary and unpredictable ways. Awareness and moral values make the difference between positive and negative influence. There is also chance and luck that invariably weave the human condition… but that might be a thought for another post.